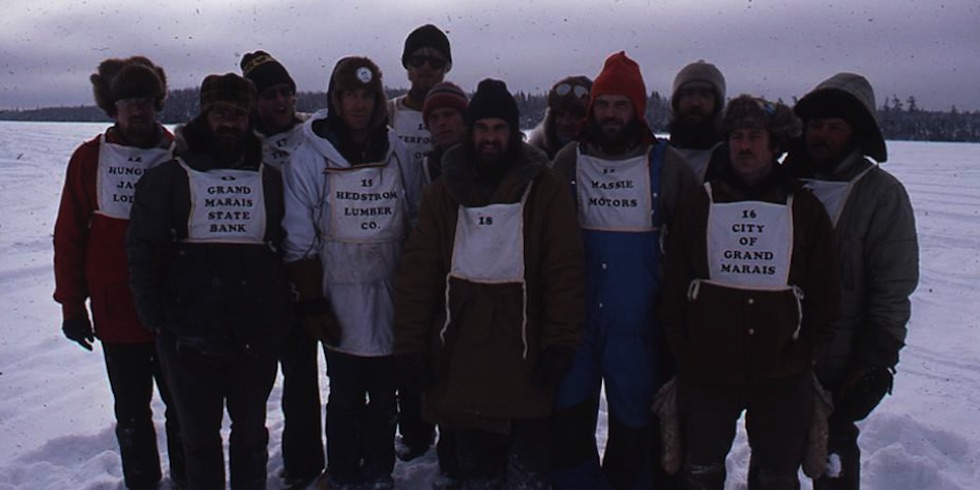 About: The very northeastern tip of Minnesota is Cook County, a land blessed with stunning beauty. We have Gichigami. And glacially sculpted boreal forests. And an immense network of lakes and streams. And cold weather. And snow. We are blessed with cold weather and snow here. It is in this land of remote beauty that dog sledding became a way of life. And it is this way of life that we celebrate with the Gunflint Mail Run Sled Dog Race.

The Gunflint Mail Run Sled Dog Race is a continuous race consisting of two legs of equal distance, separated by a mandatory layover. There are two classes in the race: a 12-dog, 100-mile race and an 8-dog, 65-mile race.

The Gunflint Mail Run is in cooperation with and under a Special Use Permit from the U.S. Forest Service.

History: Dog sledding has been a part of the Gunflint Trail for years. Today it is generally thought of as racing or giving rides to tourists. The dogs are small fast animals that love to run at full speed. They follow trails through the woods and across the lakes.

Originally dog teams were used as work animals by the Native Americans. These sturdy animals could go anywhere in the woods during the winter. They responded to commands and didn’t need a trail to follow. They towed huge loads at a steady speed and could go all day. Sometimes the loads were rather unusual. The first picture here shows a load of marsh grass on Saganaga Lake. The Quetico Library isn’t sure if it is George Plummer hauling marsh grass for an ice house or one of the Powell’s hauling grass to feed their cow.

One of the most common uses of dog teams was to use them for winter trapping of beaver and other animals for the fur. Irv and Tempest Benson’s dog team could be often found out with them on the trap line. Pete LaPlante was another Native American well known for his teams. In addition to trapping Awbutch Plummer used her dogs to haul firewood.

Enter the Gunflint Mail Run: The Gunflint Mail Run evolved from The Can-Am Sled Dog Races on Devil’s Track Lake organized by Bud Kratoska of Trout Lake Lodge in the early to mid-seventies. Bud represented the Tip of the Arrowhead, which served as the race sponsor. The North Star Sled Dog Club of Minnesota put on the race. The North Star Sled Dog Club structured Sprint Races throughout Minnesota. There were three classes of races. The C-class, consisting of a maximum of five dogs, raced approximately 5 or 6 miles each day of the two day event. The B-class consisting of a maximum team size of 9 dogs an approximately 10-12 miles. These two classes later changed their maximum numbers to six dogs and 10 dogs to accommodate the increasingly popular use of double leaders. The A-class, or open class, allowed unlimited numbers of dogs and ran approximately 16- 20 miles. 11 or 13 dogs was a common open class team size then. Our Can-Am open class race was about 21 miles in length. It was scheduled as part of the North Star Circuit. Other significant races were held in Ely, Bemidji, Park Rapids, St. Paul, Ashland, Wi., and Carlton. Bud Kratoska asked for my help when I first moved into the County with my first sled dogs. Putting in a trail suitable for sprint racing was very challenging. Devil’s Track is not known for consistency in its surface. An overnight windstorm could, and often did, blow in the trail. Tommy Eckel generously offered us the use of his Skidoo Alpine a couple of times as we tried to find trail that would more protected. The North Star Club tried to help, but their trail building equipment never made it all the way up here, and we struggled to put in a quality sprint racing trail.

Meanwhile, other mushers were moving into the area, mushers with more of a fascination with long distance racing. Tim White, who had run in the inaugural running of Alaska’s Iditarod moved up from Taylors Falls. Phil and Paul Fleming moved here from Alaska where Phil had worked for Joe Redington, Jr. training and preparing Redington’s Iditarod team. I had run in Yellowknife, NWT, Canada on a race course that ran 50 miles per day over three days on the Great Slave Lake, as well as a few other Canadian races featuring mass starts. Tim White joined me to race at The Pas, Manitoba, also featuring mass starts and continued to dominate for a few years in Yellowknife. From these influences, along with the appeal of our wilderness and long distance possibilities, an idea was hatched. Paul Fleming and I went to Bruce Kerfoot and proposed the running of a race from Gunflint Lodge to downtown Grand Marais. Bruce’s response was enthusiastic and he ponied up $500. It built on the imagery of Justine’s work with her sled dogs, as well as other dog teams of the Gunflint Trail, such as the teams of Charlie Boostrom on Clearwater Lake, and Dorothy Powell on Saganaga.

Ted Young was our guide as to how we might navigate down the trail, and Mark Patten offered us the use of his Skidoo Elan Snowmobile! To get to the mid-trail region of the Gunflint Trail, we chose to start with a mass start in front of Gunflint Lodge, run down the length of Gunflint Lake, onto North Lake, and down South Lake until we could exit on what was then the South Lake Road. We were able to cross the Gunflint Trail and get down onto Poplar Lake. From Poplar we took the Lima Mountain Grade down to Two Island Lake. From Two Island, we ran down the Olsen Lake Cut-off to Devil’s Track. From there we took a trail down to County Road Six, which we took to the Pike Lake Road. We crossed the Pike Lake Road and ran under the power line taking us into Grand Marais. I believe we repeated the route on day two. Tim White was the winner. I tried to hold him off, but couldn’t, and Terry Adkins, an Iditarod veteran and veterinarian from Montana finished third. His presence gave our race immediate credibility.

We had to change plans in subsequent years because our route through North and South Lake was a route through the Boundary Waters. It is illegal to run a competitive event within the Boundary Waters. Our map of the first race route included a dotted line through the Boundary Waters section with the explanation that we were not competing through that section. It was an argument that we knew would not hold up. Vince Eckroot was also an early supporter of the Mail Run. In our second year of running, a photo of our mass start in front of Windigo Lodge was featured in the Minneapolis Sunday Star Tribune’s Picture Magazine! It is a classic. Exactly how were put the trail together that year is somewhat unclear, but it also featured Hungry Jack Lake, West Bearskin, Flour, and East Bearskin. The race start in following years was put on by Jerry Parson of Hungry Jack Lodge. Throughout, Ted Young was the genius behind our route choices, and Mark Patten continued to provide that intrepid Elan snowmachine! Money was always hard to come by. The race one year hung in the balance for lack of funds. A “$100 Dollar Club” was formed. Our local group of mushers, each committed $100 to the cause, should it be needed. The race was a success. There were a couple of local mushers whose purse checks for their finish were a little short! Other than that, our bills were paid in full!

It was between heats of one of these races that the Beargrease idea emerged. Kari Kukkinnen, a representative of WDSM radio in Duluth had caught John Patten’s ear during the race, or was it the other way around? Mushers were called over to his truck for their proposal to run a race from Grand Marais to Duluth! The prospect of a better payday and an iconic event caught everyone’s attention. Kari connected with Dan Russell of the Duluth Visitors and Conventions Bureau and it was on. The initial race was run later that same year, in March.

The running of the Gunflint Mail Run was suspended for a few years, but has risen again. Sarah Hamilton of Trail Center, a dog lover through and through, now hosts both the start and finish. It is now the beautiful race that was always envisioned.
–  Arleigh Jorgenson 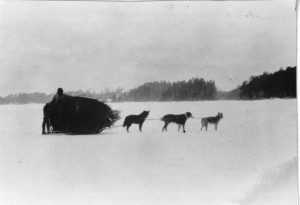 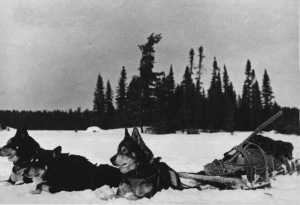 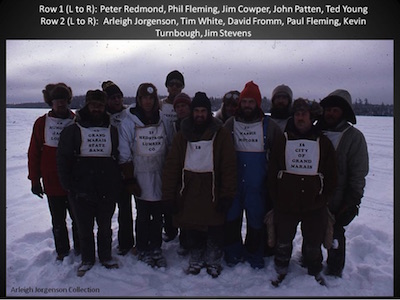